Showing vs. telling: Take down the wall between your character and your reader 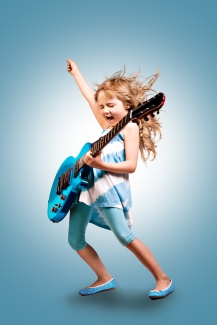 I’ve heard the phrase “show don’t tell” at least a million times in my writing career. And, mostly, that’s good advice—though there are times when “telling” is more economical and gets the job done.

But in most scenes, and especially when I want to draw my reader into deep point of view, I try to show as much as possible. I draw on the senses instead of my character’s intellect.

Below are a few “before” and “after” sentences from my current manuscript:

“I pulled myself up to standing, feeling woozy and light-headed.”

“I pulled myself up, the brown forest floor spinning beneath me.”

In the first sentence, the pov character is telling us how she feels and uses the filter word “feeling” to let us know what she is experiencing. By doing this, the writer has built an invisible wall between the character and the reader. We can see the words, but we don’t feel what she is feeling.

I like the second sentence better because it gives me that feeling of wooziness and light-headedness. I’m experiencing the feeling with the character instead of being told how she feels.

“This kind of breathing was the quickest way for me to drop into my “quiet zone.” I focused my awareness in my heart center and called up the look of love and tenderness on the angel’s face.”

These sentences are “telling” us about her breath and the look on the angels face instead of showing us a picture. We are on the outside looking in.

If I wanted to turn it around and move deeper into the character’s point of view where my reader is on the inside looking out, I could write something like this:

“I closed my eyes and took a deep breath, blowing out through an open mouth. Relax. Focus. Get the image of those lips out of my mind. Out of my energy field. Out of my soul. The angel’s face appeared before me—smooth, serene, radiating a light that could set the world on fire.”

(Better, but not perfect…still working on it).

“I was caught off guard.”

The character is reacting to something. In the first sentence, she’s telling us she was surprised. In the second sentence she is showing us she is surprised with her actions. Better.

The more you write and the more you practice “showing” vs. “telling,” the easier it will become to naturally write this way. In the meantime, don’t worry about it. As you go back to edit, look for sentences that you can change into sensory experiences for the character and your reader.

Use character emotions to show vs. tell

Getting rid of filter words like “she felt” or “he thought” or “I saw” will naturally turn your writing from telling to showing. Read this post to see how:

Get rid of filter words: Freshen your manuscript with this exercise