Story inspiration from Neil Gaiman: write a story for a friend or loved one 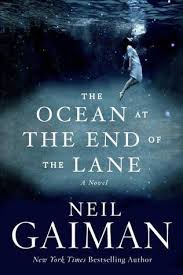 Stories come into being in all kinds of ways. They may start from a dream we’ve had, an overheard conversation, an image we see driving down the road, a newspaper story, or from hearing an author read their work aloud. Many of my poems or stories have come from these inspirations.

Author Neil Gaiman said his most recent book, “The Ocean at the End of the Lane,” started out as a story for his wife, musician Amanda Palmer. In an interview with Tim Martin for The Telegraph, Gaiman says that while she was away recording an album, he thought he’d write her a story because he missed her.

“She doesn’t like fantasy very much, but she really likes honesty, and she really likes me. Writing it was like going, look, this was me. You’re always interested in me. The family isn’t really mine, the things that happened aren’t really mine, but the landscape, the place it happens, is me, and the eyes out of which this kid looks are those of seven-year-old me.”

Gaiman says what started as a short story became a novella, then a full-length book. He said, “I was writing it in the way that you drive through fog with one headlight out – you can’t see very far into the future but you can see enough to keep going.”

And, sometimes, that’s all that’s needed to write a good story—an inspiration and an idea. And the passion to see it where it takes you.

Reading the interview with Gaiman inspired me to write a poem for my 8-year-old cousin who was recently bitten by a spider….hmm, maybe a modern-day Miss Muffet?

To catch Gaiman on his signing tour (sorry, Seattleites, he’s sold out here–I didn’t get my ticket in time either!) visit his website: http://www.neilgaiman.com/where

For more on story ideas, read Carly’s post based on an interview with poet and author Raymond Carver.