Try these techniques to amplify emotion in your writing 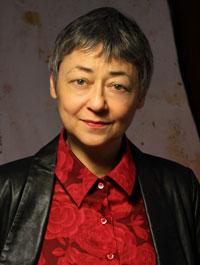 I like to say that good writing is about getting the right words in the right order.

In the novel, A Feather on the Breath of God, author Sigrid Nunez infuses her sentences with a tone of sadness and distance by using several techniques, including lists and a rhetorical device called anaphora.

Anaphora is a technique that involves repetition of a word or words at the beginning of two or more successive verses, clauses, or sentences. It lends emphasis and can enhance the emotional impact.

In the novel, a young woman is looking back at the world of her immigrant parents, a Chinese-Panamanian father and German mother. In writing about the relationship with the narrator’s father, Nunez emphasizes the distance the narrator feels. She had really never known her father well or understood much about his Chinese heritage.

This distance is painful for the narrator and Nunez shows this sadness by beginning a sentence about the father’s birth and family with, “The unbearably few facts are these…”

Then she uses repetitive language, almost like the beat of a drum, to reinforce notes of sadness. For emphasis, Nunez creates a list with the word “no” preceding each sentence and phrase.

“In our house there were not Chinese things. No objects made of bamboo or jade. No lacquer boxes. No painted scrolls or fans. No calligraphy. No embroidered silks. No Buddhas. No chopsticks among the silverware, no rice bowls or tea sets. No Chinese tea, no ginseng or soy sauce in the cupboards.”

This use of anaphora intensifies the distance and sadness about the loss of a culture and a relationship.

How do you show emotion in your writing?

Exercise: Look at a passage of your writing that is heavy with emotion and practice using different techniques with wording and pacing to see how you can amplify it.

Tags: A Feather on the Breath of God, anaphora, rhetorical devices, Sigrid Nunez
From: Craft, Writing Exercises
← When to break the rules in writing
Let go and the words will come →
3 Comments Post a comment