How photography & art can inspire your writing 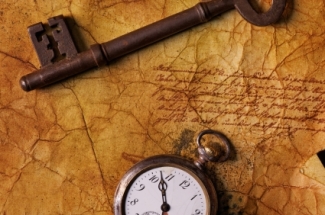 As a freshman in college, I wrote one of my first poems in response to a painting that hung on the wall of an art gallery where I worked. It was an abstract painting of a woman’s body and I wrote my poem in an abstract style—mimicking the curves and nuances of the painting. I even titled the poem “Abstract Painting #6” after the name of the painting. I remember this because it was the first poem I ever published. Firsts tend to make an impression on me.

As a writer, I’ve trained myself to be observant of my surroundings. But I don’t always succeed—there are days when I’m so involved with my “other worlds” that I literally don’t notice what’s happening around me. Once, when I worked at a law firm, I went for an entire day before noticing that my colleagues had rearranged my office. (Something they thought was hysterically funny for some reason).

When I enter a new environment now, I try to notice my surroundings—I look for what’s unusual or unique. I look for those “firsts.” If I find something intriguing, I store it away for later use in a poem or story.

Recently, I visited a friend. As we sat chatting in his living room, I noticed a photograph hanging on the wall–a collection of old keys. When I asked about the photo, I learned that his father had collected keys. He’d framed some of the keys and taken a photo of them.

The photograph stayed with me for days. I began to ask myself questions: what kind of man collected keys? Where did he collect them? Who did he give them to? A poem eventually emerged from the photograph:

He collected skeleton keys: silver, brass,
pewter. Some with lattices, crowns, crests,
one fleur-de-lis. Some plain. One large enough
to slip on her finger like a ring.

He brought them home from job sites, said they were keys
to his heart. Later, sought them at yard sales, flea marts,
antique malls, his weathered fingers plying through relics
as if playing piano.

Her favorite had a tiny globe like a miniature sun.
He gift-wrapped it, said she was his sun, then died a week later.
After the funeral, she had the keys framed
and hung in their living room,

except for the one like a sun
that slung low on a cord next to her heart.

Exercise: Next time you see a photograph or a painting that draws your attention ask questions of it. Is there a story that emerges—that’s begging to be told?

Tags: art, keys, painting, photography, poetry
From: Craft, Poetry, Writing Exercises
← Pick a winning title for your novel, memoir or screenplay
Sign up for your most important card — your library card →
No comments yet