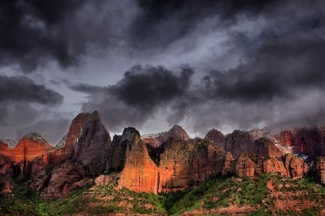 I woke up feeling blah this morning.  A gray Northwest day still affects my spirits despite the fact I’ve lived here for nearly half a century.  Did I just say half a century?  Now I’m really depressed. But I have to get out of my funk because it’s my writing time.  Husband is gone for a few hours (we both work from home), and that’s always the best time for some productive writing. The question is—how do I inspire myself instead of continuing to stare out my window and count shades of gray?

I make a list. For me, list making is almost as satisfying as eating dark chocolate.  Okay, maybe writers do exaggerate.  Off the top of my head, I write down four of my favorite ways to get my creativity and inspiration back on track.  I’ll share them with you as long as you promise to add your own favorites to your list. First on my list is:

Timed writes.  I bought a special red kitchen timer just for my writing desk with all the bells and whistles—alarms for sound, light, and vibration. I even named it. Albert. I have to keep myself amused, right? I’m not a proponent of random timed writes because I like to use the time I do have to write as effectively as possible. Before I turn on Albert (pun intended), I choose a project—my novel, a poem idea, or whatever else I’m working on—and write down one starting sentence or phrase.  The opening words can be anything since it’s just a way into my subconscious—like opening a door.

Recent examples: My protagonist is a kleptomaniac because…. My antagonist met his wife at…. The grandmother loves her husband despite…. I’m writing this novel because…. I have two last names because…. You get the idea.

I set my timer for 6, 12, 20, 30, or however many minutes. Then I start writing. The idea (stemming from writers such as Natalie Goldberg, Peter Elbow, and others) is to keep your hand moving. Write from the heart. Write from the subconscious. Don’t stop. Don’t worry about how it sounds. Don’t make complete sentences. Sometimes, I just make a bullet list. Imagine!

Let your mind go wild. When the timer goes off—stop. Or not. Maybe you’ll be inspired to keep writing along that thread or another. Maybe you’ll feel so juiced that you dive into your next project or another timed write. Notice how you feel. Still counting shades of gray? Maybe the sun has broken out while you weren’t looking…