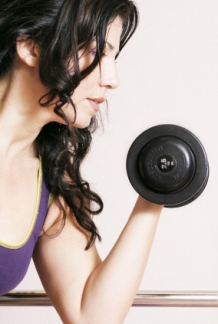 Since my life pretty much revolves around writing and reading, it’s only natural that I see just about everything through that lens. So when I read blogger James Clear’s post last week about weightlifting, I quickly saw how his principles of slow, easy gains also apply to writing.

Most people focus on achievement over progress in the gym (and other areas of life), Clear says.

Clear’s blog post especially resonated with me because it came out at the same time my blogging partner Carol had been telling me about a video she watched in which Novelist and TV Writer/Producer Lowell Cauffiel advocated writing five pages a day max instead of large bursts of occasional writing. (She’ll be sharing more about this in an upcoming post.)

When I thought about what Clear wrote, it helped me think about how much better it is to create a writing practice that allows for a doable number of words every day rather than trying to write massive numbers of pages occasionally. With exercise and writing, routines are important. Think about how hard it is to get back into working out when you get out of the habit of going to the gym or putting those running shoes on first thing in the morning. Also, consistent writing sessions mean you’re living in your story world and don’t have to regroup like you might if you wrote in spurts.

One of the most important things writers must do to be successful is create a regular writing practice. Without the pages, there is nothing.

Read more about Clear’s weightlifting philosophy in his post, Nobody Says It, But This is the Greatest Weightlifting Lesson I Have Learned, and see if you aren’t inspired to create or maintain a writing practice.

Tags: writing practice, writing routines
From: Writing Life
← How blogging has taken my writing to another level
To develop a daily writing practice think “slow” →
One Comment Post a comment