How to reveal character personality through speech 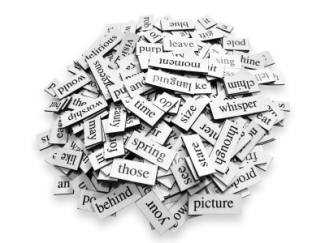 Your characters’ speech reveals volumes about their education, personality, and where they grew up. A character who was reared in the deep South will speak with a different accent and use different slang than one who grew up in the Midwest. When it comes to creating distinct characters in the readers’ minds, using slang — without overdoing it — can help form a character’s personality.

My friends and family have lived in a variety of places, so I’ve picked up on slang from the West and southern United States, as well as British slang from my friends who hail from the United Kingdom. My Midwestern friends say hot dish while my family in the Western U.S. call it casserole. Depending on where you’re from, you might say “pop” where others say, “soda” or “soda pop.” Some of my friends say sofa and others couch.

Here are several examples. Interestingly, I’ve noticed that slang can migrate as people move from one part of the country to another.

Here’s what my southern friends say:

Hunkey Dorey — everything is fine.

Hankerin’ for – a desire/craving for where my British friends might say they “fancied” something.

My British friends have been known to use these expressions:

Made Redundant – to be fired or let go from one’s position.

Cheeky – to be disrespectful, sarcastic; having a flippant or facetious attitude.

Bollocks – balls or darn it, something rubbish, a lie.

Exercise: List a main and secondary character in a story you’re working on and write down several phrases or bits of slang they often use. For extra credit, try making up an original phrase or slang that fits your character’s personality.

Tags: dialogue, idioms, slang, speech
From: Craft, Writing Exercises
← What should you write? How about writing your favorite novel?
A premise sentence can keep your writing on track →
One Comment Post a comment