How to ground readers in a scene using killer details 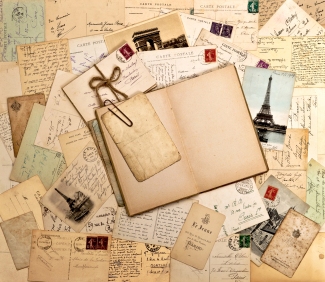 The more I write scenes, the more aware of my surroundings I become. In “The Scene Book: A Primer for the Fiction Writer,” Sandra Scofield says that, “the incidental movements and activities of characters help to define them, and the things they surround themselves with and use are part of who they are….What they do in response to events can be external signs of what they are feeling.”

We don’t want to interrupt the flow of a scene or dialogue by filling the scene with unnecessary detail but we do want enough detail to have our characters feel grounded in space and time and, if possible, we want to use details that can show who the characters are.

In my work-in-progress (fantasy) my two main characters go to a cabin in the woods to talk to a suspect in another character’s disappearance. When they arrive, my protagonist notices a chilling feature of the home—dozens of bleached deer antlers. Later in the book the significance of these antlers will be revealed but in the moment of the scene they lend a creep-factor to the setting. My characters notice and comment on the antlers as they enter the home and, again, when they leave the home under different circumstances (running for their lives). How they perceive the antlers reflects their inner state in the moment–terrified.

Scofield says that, “Filling the activity of scenes requires a large reservoir of images in your mind.” She recommends getting out of the house, going to a public place and watching people, jotting down in a notebook the quirks of those around you. I came up with the antler image above on a day trip my husband and I took to a mountainous town on the Olympic Peninsula.

In my Scrivener program I keep a folder called “Body Language Cues” (you can call it anything you want) where I keep my observation notes. Here are a few examples:

* A woman kissing her baby’s feet.

* Older overweight man wears a three-piece baby blue suit with bowler hat and cheap cologne. Keeps his hat on throughout dinner with his blind date who is 30+ years younger than him.

* Woman has facial ticks. She can’t control her blinking and her eyebrows, which arch and spasm every few seconds. Exhausting.

* A woman scrutinizes the ends of her hair, checking for split ends. Nervous tic.

For more ideas about keeping an observation journal, read this post by Carly.