An on-the-job lesson in the art of observing 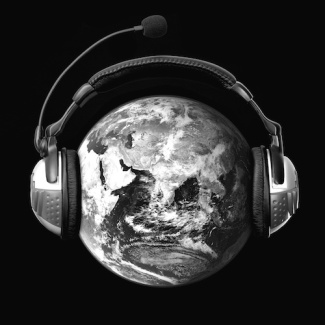 Last week, I was sitting in my cube at work when I heard the squeak and clatter of a cart being wheeled down the aisle near my desk. Since it was on the other side of the wall, I couldn’t see it, but I could hear the man who was pushing the cart sing as he rolled along.

He stopped on the other side of the cube wall near the water machine. I heard the thunk of a big jug of water as he replaced an empty one with the new, then the gurgle of water as it settled in. During all this, the man sang the Michael Jackson song, “The Way You Make Me Feel.” (He had a great voice too.)

As this was happening, I heard the sound of two men talking as they walked towards us down the hall discussing lunch and if the weather might be nice and if they should go out for lunch. The man pushing the cart stopped singing long enough to tell them, “It’s a lovely day.” He resumed singing, and I heard the ding of the elevator bell as he wheeled and bumped his cart into the elevator.

As I reflected on what I’d just heard, I realized that I had a picture in my mind of the scene on the other side of the wall, even though I didn’t see any of the “characters.” It also occurred to me that I probably picked up more sensory details that were auditory due to not being able to see, but only hear, the action around me.

I imagine if I’d been able to watch the action take place, I might have relied more on what I saw than heard, and I might have missed some of the auditory details.

This reminded me to use all my senses in observing life as it happens and as I translate that to the page.

Exercise: As you get ready to write scenes, try this exercise to bring forth the sensory details that will make the scene come alive for readers. Sit back in your chair and close your eyes. Imagine the scene you’re about to write and put yourself in the setting. In your mind’s eye, note your surroundings. The click or hum of an appliance. If you’re outside, the sounds of nature. The smell and temperature of the air. What is the mood of the scene? Imagine how the characters feel. For example, if it’s a scary, suspenseful event, note if the character is sweating or their mouth is dry. You get the idea. Now open your eyes and write.