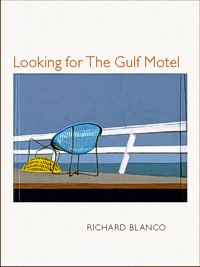 Poets should not take up a pen to write if he or she is completely sure of what the poem is about. In an interview at poets.org, Blanco said, “I’ve learned to recognize that when I sit down to write a poem, I have something to figure out, and I have to do it on the page. And I hope that my inaugural poem will do that, in some ways, for the nation. That it will work towards making sense of—all the din of the day—all that we hear in the news.”

All writing is to some degree an act of discovery. What do you have to discover in your writing?

To learn more about Blanco and his approach to poetry, read the full interview. You’ll also find links to several of his poems.

A civil engineer, as well as a poet, Blanco was born in Madrid, Spain, in 1968, the son of Cuban exiles. Blanco, like President Obama, has had his share of cultural barriers to cross. You can learn more about Blanco in this story in The New York Times article, Poet’s Kinship With the President.

For more insight about the choice of Blanco to write the 2013 inauguration poem, read this blog post, First Gay, Latino Inaugural Poet’s ‘América’ Tells Every Immigrant’s Story by Angie Chuang, an assistant professor of journalism at American University School of Communication.