Use literary allusion to add depth to your stories 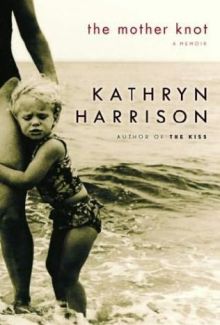 In my quest to become a better writer, I read to see how other authors accomplish their creative objectives.

In The Mother Knot: A Memoir, author Kathryn Harrison used Biblical imagery — literary allusion — to deepen the meaning of her memoir’s theme of forgiveness. She believed her mother’s soul was a destructive force in her life and was so consumed by it that she suffered from anxiety, depression, and anorexia.

Whether you write fiction or nonfiction, using this literary tool can give your work added meaning. Referring to another piece of literature, a cultural icon, or historical event adds resonance.

To find resolution, Harrison ordered her mother’s remains exhumed and cremated. After receiving the ashes, Harrison took them to a beach to release them into the ocean.

In a scene at the beach, Harrison wrote about how she slipped and cut her hand with a screwdriver as she opened the package of ashes. Harrison alluded to the crucifixion of Christ when she wrote:

“What satisfaction a small accident such as this one used to offer, especially a cut placed as felicitously as this, in a spot reserved for stigmata.”

Harrison began to realize that the anger she believed she had swallowed from her mother had collected resentments and metamorphosed into her own rage. She had told herself that she was the “cheek turner” — another Biblical reference to forgiveness.

“How many hours–how many years–had I squandered, parsing every memory in hopes of arriving at my most precious and tightly held conceit: that I was the cheek-turner I’d been taught to imitate? Never for one moment had I been like Christ. All those times I’d found it irresistible to cut myself–that was because blood offered a means of disguising my inability to forgive my mother, blood painted over my failure with wounds that flowed like His.”

Near the end of the book, Harrison recalled a trip to India where she and her husband witnessed the body of a woman wrapped in white linen rags drifting down the Ganges River. This also calls up the image of Jesus, who was wrapped in white cloth and placed in the tomb after his crucifixion.

Literary allusion charges literature with new life and meaning to readers. How can you use it in your current project?

Tags: Kathryn Harrison, literary allusion, memoir, The Mother Knot, theme
From: Craft
← Work like a visual artist to develop new writing muscles
Use character emotions to show vs. tell →
No comments yet