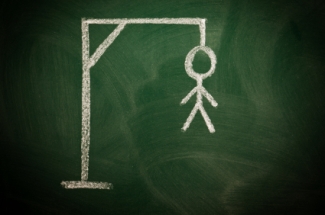 In my last post, I wrote about finding my real story while writing my memoir. I ended up with about 110,000 words in my finished manuscript. When an agent recently suggested I cut between 25,000 and 45,000 words I was stunned.

If you could hear my thoughts, it might have sounded something like this: No way! Really? Well, maybe I could cut SOME words but not that many! I need those words! There’s some really good writing in those words.

I put the project away for awhile and worked on something else. I knew I was too close to it to see it clearly. As I worked on my other project, I gradually thought about sections of my memoir. I asked myself the questions I wrote about in my last post: Find your real story by asking these questions.

Then my mom passed away and everything was a blur for several weeks. During that time, I came across a contest for memoirs just a few days before the deadline (which happened to be the day of Mom’s funeral). I really wanted to enter the contest–mainly to use it as a deadline to make those dreaded cuts–and the contest had a page limit that fit what the agent had suggested.

But I didn’t know if I could do it. I was stressed and emotional. I was worse than a train wreck. But something (or somebody–Mom?) propelled me on. At 10 p.m. the night before the deadline, after working all day on funeral arrangements–flowers, food, etc.–I began cutting.

Because I had a real deadline and because I was exhausted and needed to go to sleep, I cut quickly. Because I’d been thinking it over for awhile, I pretty much knew what chapters and scenes needed to go. Before, I couldn’t let go of those brilliant words and sentences–they were my children, my darlings. But now, I cut with glee. I wasn’t just cutting a line here or there. I deleted entire chapters and scenes. And, then, at midnight I crashed. I’d only cut 25 pages and needed to remove another 25 to 30.

I went to bed and said to myself, “I don’t care anymore. If I happen to wake up two hours earlier than I need to, then I’ll see if I can finish it. But if I sleep in until just before I need to get up and go to the funeral, it’s okay. Whatever happens, happens.” And I let go.

Funny thing happened. I woke up exactly two hours before I needed to. Wide awake. I tried going back to sleep, but I could practically hear Mom saying, “Get up. NOW. Do it.” And I did. I whizzed through the rest of the manuscript, cutting and chopping and murdering my darlings. I got rid of another 30 pages. My son helped me format the footers and print it out, and my husband mailed it for me later that day. A true team effort.

Will I win the contest? Probably not. Was the manuscript perfect? Heck no. In places it was choppy but since then I’ve smoothed it out, integrated other scenes and cut even more. Was it worth it? Absolutely. In more ways than one.

You may not want to be as crazy as I was, but if you need to make some cuts to a piece of writing and don’t know where to begin, try finding a contest or other deadline. Use that to force yourself to do the work.

Tags: editing, Story
From: Craft
← Check out this poetry class in a book
Outline key elements of your story, poem, or essay with one simple exercise →
One Comment Post a comment