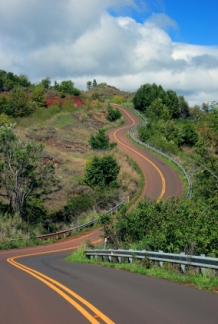 I was intrigued this week when I saw a twitter feed about three-word memoirs. People were reflecting on 2011 and summing it up in three words. It made me think about what I would write for my own miniature memoir.

That, in turn, reminded me of my personal theme for 2011 — one that I chose last year for myself to represent progress and to reinforce my pursuit of learning and creativity.

As it happens in life, I experienced some fairly negative and toxic events in 2010. I thought about my response and decided I could build a more creative legacy of what I aim to accomplish as a writer, friend, daughter, and spouse if I focused on the positive.

“What if,” is an excellent phrase to ask if you’re writing a story and want to figure out what will happen next. Not so much though if you want to avoid being stuck in the residue of the past. I believe more than ever that the value of looking back is to see how we can learn from mistakes, heartache, and loss. And then move on.

So for me, my three-word memoir for last year is, “I moved forward.”

In 2012, I’m going to continue my quest to move forward. As for my writing theme, it ties into the idea of progress too.

Looking back on your past year or two, what words represent your three-word memoir?

Tags: memoir, New Year's resolutions, three-word memoir
From: Writing Life
← How to use misfortune to make your writing stronger
Tips for imagining memoir characters and events →
No comments yet