The Way movie: plot as character in conflict 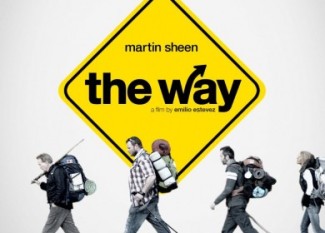 The movie The Way written and directed by Emilio Estevez and starring his father Martin Sheen depicts the spiritual journey of a father who’s estranged son dies on the first day of his pilgrimage along the Camino de Santiago, an 800-mile trek from the Pyrenees to the Cathedral of Santiago de Compostela in Spain, the burial place of St. James.

The father, a widowed ophthalmologist living in California, flies overseas to collect his son’s body but ends up walking the road and becoming a pilgrim himself. The movie is a touching story of a father’s reconnection with this son and awakening to life. It has everything going for it (as long as you don’t mind not seeing something being blown up every two seconds): incredible scenery, the father’s emotional transformation into a person his son would be proud of, great dialogue, humor, sadness, perfect pacing, and micro-tension between characters that builds throughout the story.

The Way is beautifully written, superbly rendered, and highly recommended this holiday season!