Letting go of the old to make room for the new

by Carol Despeaux Fawcett on December 1, 2011 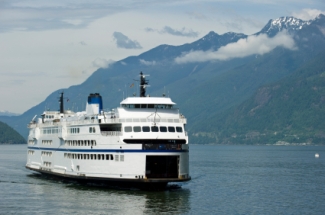 In my last post, I wrote about poet and author Raymond Carver’s law: “…to use up the best that was in him each day and to trust that more would come.” Carver exemplifies this philosophy in his last book of poetry, A New Path to the Waterfall, where some of the best poems are also some of the shortest.

My favorite is a poem called “Quiet Nights”—four short lines about life, death, and rebirth. This poem reminds me of my process of becoming a writer and an artist—each day dying to the old and reawakening to the new, pulling at my ropes, wanting to set sail to the next new place my writing will bring me. And what about Carver’s Law? I learned that I don’t need to hold anything back, that I can give my all each moment on the page because, in giving everything I have, I make room for the new.

In honor of Carver and the effect his poetry has had on me as an artist, I wrote the poem below about the process of letting go of the old. “Overflow” was first published in The Pitkin Review.

The ferry horn blares as I nearly miss
the boat, not wanting to leave my warm bed,
or Bukowski’s Flash of Lightning Behind the Mountain.

I toss my purse into a booth, bits
of paper, napkins, wrappers
spill out:

Remember the boy on the ferry—
how he kept jangling his keys,
his uneasy rectitude

Have Drew set up instant messenger
before he leaves

The dream about running
a bookstore in the 1700’s,
raw sewage fills the street,
a living master dressed as a bum,
his test

Call Jessica for lunch at Sawati’s

What does the White Rose symbolize?
Purity, innocence, death.
Also—a secret sect that tried to overthrow Hitler
executed, made an example of.  Suffering?

His law – “to use up the best that was in him each day
and to trust that more would come,”
Tess on Raymond Carver

“You’ve gotta be shitting me,” man to his girlfriend

Riding Susan’s red tricycle off the cliff—
later that night, pulling thorns,
blood in our bath

Dancing at The Underground
“You’re cute as a bug’s ear,”
he said, just out of prison–
he didn’t score that night

Each word is a carefully mined
diamond

Tell Samuel I love him

My protagonist—what does she spend
her life in search of?
What gives her meaning?

The captain foghorns
our arrival. I gather my scraps,
toss them on my way to Exit.

The crowd jockeys,
waiting for the bell

The jaunty angle of his cigarette

Tags: A New Path to the Waterfall, poetry, Raymond Carver
From: Poetry, Writing Life
← Three ways to start writing your book now
Want to publish? Approach your writing as a career →
No comments yet