Using the sixth sense to enrich your story 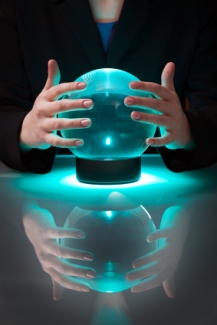 In my last post, I discussed how to use the five senses to make your story world more believable—even if you’re writing about real-live gods and the dead coming back to life like author Neil Gaiman in American Gods. But what about the sixth sense of intuition? How can you use what is unseen, what is beyond the five physical senses to enrich to your story?

Contrary to what you might think, your character doesn’t have to be a psychic or a mind reader. You can activate your readers’ sixth sense by using foreshadowing or details that set the mood of a scene. Again, it comes down to using telling details based on the other five senses. Take a look at this passage from “American Gods.” What does it evoke in you as a reader?

The buffalo-headed man reached a hand into the fire, stirring the embers and the broken branches into a blaze. “The storm is coming,” he said. Now there was ash on his hands, and he wiped it onto his hairless chest, leaving soot-black streaks.

The details in this paragraph—the action, description, and dialogue—all combine to make us feel that something big is coming. The details supply foreshadowing and activate our sixth sense at the same time. We’re ready for the unknown to appear.

In my work in progress, my antagonist is a man with Alzheimer’s disease who, in forgetting who he is, discovers who he once was. Here’s the end of an early chapter:

The man wakes with a start. Where is he? He can’t make out much in the darkness. Clouds obscure the sliver moon. Branches from the great oak he leans against sway and rollick in the wind. He tries to think back—how did he get here? What happened? But the thoughts lead him nowhere. He can’t remember a single thing. Not even his name.

Nearby, an owl’s lonely call unsettles the night. Closer still, a branch snaps. His pulse quickens and his eyes dart about the forest, searching for the threat he feels coming. Tree bark scrapes his back as he tries to stand. He looks down and realizes for the first time that he is naked. And then he sees the blood.

In this scene, both the character and reader sense something powerful is about to happen through the use of telling details—the sliver moon, giant oak, owl, wind, and blood.

Through details, we can awaken our readers’ sixth sense and keep them in suspense. And, ultimately, keep them reading.