Place readers in your story world by noting significant details 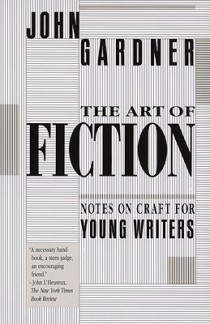 One of the best things about reading a gripping book is the way it pulls you into another world where you become so immersed it’s as if you’re really there. One way to draw readers into your story is by using what writer and teacher John Gardner called “significant details.”

Before he died at age 49, Gardner wrote more than thirty works of fiction and nonfiction, including novels, literary criticism, and a book of poetry. He also wrote three successful children’s books, among them “Dragon, Dragon, and Other Tales,” which was named Outstanding Book for Children by the New York Times. Gardner was also a professor of medieval literature and creative writing.

In his book, The Art of Fiction, Gardner wrote,

“If we carefully inspect our experience as we read, we discover that the importance of physical detail is that it creates for us a kind of dream, a rich and vivid play in the mind. We read a few words at the beginning of a book or the particular story, and suddenly we find ourselves seeing not words on a page but a train moving through Russia, an old Italian crying, or a farmhouse battered by rain. We read on—dream on—not passively but actively, worrying about the choices the characters have to make, listening in panic for some sound behind the fictional door, exulting in characters’ successes, bemoaning their failures. In great fiction, the dream engages us heart and soul; we not only respond to the imaginary things – sights, sounds, smells—as though they were real, we respond to fictional problems as though they were real: We sympathize, think, and judge. We act out, vicariously, the trials of characters and learn from the failures and successes of particular modes of action, particular attitudes, opinions, assertions, and beliefs exactly as we learn from life…”

Significant sensory and emotional details create pictures in the readers’ minds and build connections by placing them in the story. To create significance, be specific in your descriptions. I like to keep a project notebook for each of my writing projects to record significant details and ideas. Entries in this notebook include my cast of characters, plot and scene ideas, and a timeline.

Exercise. Sit back and close your eyes. Visualize your story, its scenes, setting, sounds, and characters’ feelings. In your mind’s eye, note the precise details. For example, see that the pack of cigarettes are Lucky Strikes and the gun on the table is a Smith & Wesson. Now, take a notebook and make a list of what you saw.

Tags: John Gardner, significant details, writer's notebook
From: Craft, Writing Exercises
← How to use poetry to better your writing
Three tips to writing multi-dimensional villains →
No comments yet