What is your writing soundtrack? 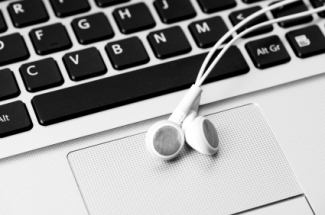 As I write this, I have an earworm. Sounds gruesome, but it’s not too bad. An earworm is when you get a song stuck in your head. You just hope it’s not, “It’s a Small World,” the song that plays on the ride of the same name at Disneyland.

But back to my earworm. I have “Boom Boom Pow” by the Black Eyed Peas stuck in my ear from my Zumba class this morning. And while I don’t normally listen to music when I write, I wondered as I was doing Zumba if I could carry the rhythm of the songs into my writing.

Storytelling can be symphonic, says Jack Hart, a contributor to, “Telling True Stories: A Nonfiction Writers’ Guide,” and author of Storycraft: The Complete Guide to Writing Narrative Nonfiction. John Steinbeck has said he wanted “The Grapes of Wrath” to sound like Igor Stravinksy’s, “Firebird Suite.” And Ernest Hemingway channeled Bach. If you read the first chapter of “Farewell to Arms” aloud to the first movement of the “Brandenburg Concerto,” the words seem to match the music, Hart says.

Some writers begin their writing sessions with a “starting song.” The idea is that the song will signal the muse that it’s time to appear.

Robert Olen Butler, author of, “From Where you Dream,” says in his book that he almost always writes to classical or jazz music without words. It’s one more way he goes into a dream state and connects with his subconscious.

Some writers prefer working in silence, others like the hum and grind of a cafe, and others listen to music. I like to work in a quiet place, but I’ve decided to experiment with listening to music, something with a good beat, something my words can dance to.

Tags: Jack Hart, music, nonfiction
From: Writing Life
← Writer as wood carver: exercises in re-visioning, Part 2 of 2
Should we write in different genres or stick to one? →
3 Comments Post a comment