What I learned from Truman Capote about character description 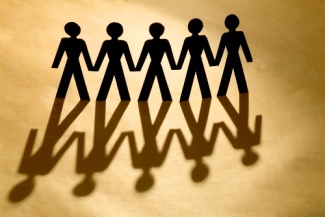 No one wants to be known for writing flat, boring, cardboard characters.  Luckily, I learned from Truman Capote that it’s not the information you tell about a character but how you show it that makes all the difference.

In one of my favorite short stories, A Christmas Memory, Capote builds finely detailed characters by offering interesting and sometimes odd descriptions of them. His character description goes beyond simple physical details. The description propels the story by setting a tone and introducing contrast and tension.

In Capote’s story, the narrator – a 7-year-old boy — begins by asking the reader to imagine a morning in late November. He goes on to introduce his cousin, whom he describes as “small and sprightly, like a bantam hen.”

Capote then uses contrast to describe the cousin’s face: “…not unlike Lincoln’s, craggy like that, and tinted by sun and wind, but it is delicate too, finely boned, and her eyes are sherry colored and timid.”

One of my favorite things about the way Capote describes his cousin, though, doesn’t have to do with her physical appearance but is about her philosophy on life. Capote’s child narrator tells readers that his cousin has never been to a “picture show” and doesn’t plan to go, because she is concerned about “squandering her eyes and wants to be sure to clearly see the Lord when he comes.”

Capote’s narrator goes on to say that the cousin has, “never received or sent a telegram, read anything except funny papers and the Bible, worn cosmetics, cursed, wished someone harm, told a lie on purpose, or let a hungry dog go hungry.”

As an author, Capote didn’t have to write about his character, “She was a moral person,” because he shows it.

To create fully imagined characters as Capote did, you must really know them: How they look, act, and what they believe. Consider your characters’ many dimensions. Now you’re ready to make them come alive on the page.