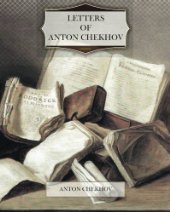 From the beginning of his writing career, Anton Chekhov was recognized for his originality. Writer Leo Tolstoy called Chekhov, “an incomparable artist…an artist of life.”

Chekhov wrote about ordinary events and the relationships of people in small towns and villages. He employed a variety of techniques, including pacing and word choices that paint imagery, create his characters and reveal their changing moods. His style, in stories such as, “The Lady with the Little Dog,” and “The Huntsman,” built a new literary form that was described as impressionistic by other writers of his time.

In letters Chekhov sent to his writing contemporaries, as well as his family, Chekhov often discussed his work and ideas about story craft. His advice is as relevant now as it was in the 1800s. In a May 10, 1886, letter to his brother Alexander, also a writer, Chekhov noted six principles of a good story.

Read an excerpt from another letter to find out how Chekhov offered inspiration and feedback to writer Maxim Gorky.

For more insight into Chekhov’s philosophy about writing, you can read The Letters of Anton Chekhov online. The letters are also available as free downloads from Amazon and Barnes & Noble.