A good story should punch you in the gut…and more 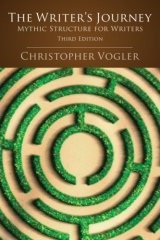 Christopher Vogler, author of The Writers Journey: Mythic Structure for Writers, has been a consultant for Hollywood studios for years. He has helped guide story development for movies such as The Wrestler, Black Swan, The Lion King, The Fight Club, and The Thin Red Line.

I had the honor of learning from Vogler at the Story Masters Workshop last year. One of the things I still remember from his lecture was when he said, “If your story does not make two or more organs of your body squirt fluids, it’s no good.”

Say, what? Squirt fluids? Yes, that’s what he said. And it makes perfect sense once you know what he means.

At one time, Vogler evaluated movie scripts and ideas to see what ones the studios should pick up. While most readers would respond with their intellect and their minds, he would respond by saying what organs of his body were being affected by the story. If it was a good story, he’d notice at least two areas of the body were affected: his gut and throat. He said this idea goes back to Joseph Campbell’s work—all myths bypass the brain and go directly to our organs.

Next time you write a scene think about what bodily organs it affects. And, if it doesn’t affect anything? Consider rewriting the scene until it does.

Tags: Christopher Vogler, Joseph Campbell, writing emotions
From: Craft
← Add poetry to your writing repertoire
Wake up early to be a more productive writer: Here’s how →
2 Comments Post a comment